There’s one type of message that I’ve gotten fairly often during the past week: “Are you okay? How did Guadeloupe fare with Hurricane Irma?”

First of all, thanks for your concern. I’m doing fine! I was actually in Portugal when Irma visited the Caribbean, so I would have been okay no matter what. Good timing, huh! But now that I’m back in Guadeloupe, I’m happy to report that this beautiful island is also doing great. So far this excessive seaweed on Datcha Beach is the only proof I have seen that Irma was ever here.

Guadeloupe got indeed very lucky. Irma passed it from the north, and the eye of the storm was far enough in the sea so that there wasn’t much damage at all. Apparently there were still some strong winds and palm trees were swaying in a dangerous manner. People were asked to hunker down at home, except for the people living by the beach in Le Moule on the northern coast – they were evacuated. Store shelves were getting empty, as people frantically stocked up on supplies. But overall Irma’s visit to Guadeloupe was pretty unmemorable, and thankfully so.

Wish we could say the same for St. Martin, St. Barthelemy, Barbuda, Anguilla, the British and US Virgin Islands and the Florida Keys. These islands took the heaviest hits. Of course there were other areas that suffered greatly too, such as Havana in Cuba and parts of Puerto Rico. My former Florida college town of St. Augustine got completely flooded once again as well.

Still, it’s our neighbor to the north that I’m the most shocked about. This footage of the destruction of St. Martin is just heartbreaking. I can’t even recognise the island where I’ve spent a fair amount of time, either vacationing or catching connecting flights (flying via St. Martin is often the best way to travel between the US and Guadeloupe, at least until Norwegian Air starts operating again). Even my favorite place there, the famous Maho Beach where you could do plane-spotting, is gone with the wind (literally – winds of 183 mph battered St. Martin for 33 hours!). Horrific.

The death toll across the Caribbean and the US from Hurricane Irma now stands at 82, and may still climb higher. It’s so sad, and definitely makes me feel very fortunate that we got away with as little as we did (and if you come across any reports touting the destruction in Guadeloupe, don’t believe them – they are all from St. Martin’s French side, which is sometimes confusingly called Guadeloupe. St. Martin was part of Guadeloupe’s jurisdiction for years).

But who knows what the future brings – there are other hurricanes and tropical storms picking up speed as we speak. Please send the Caribbean all the luck you can as we brave through the rest of this extremely intense hurricane season!

Meanwhile this is what I saw last Sunday while approaching Guadeloupe from the north. The bay of Le Grand Cul-de-Sac Marin doesn’t look too bad after Hurricane Irma – at least it fared about a billion times better than other parts of the Caribbean. 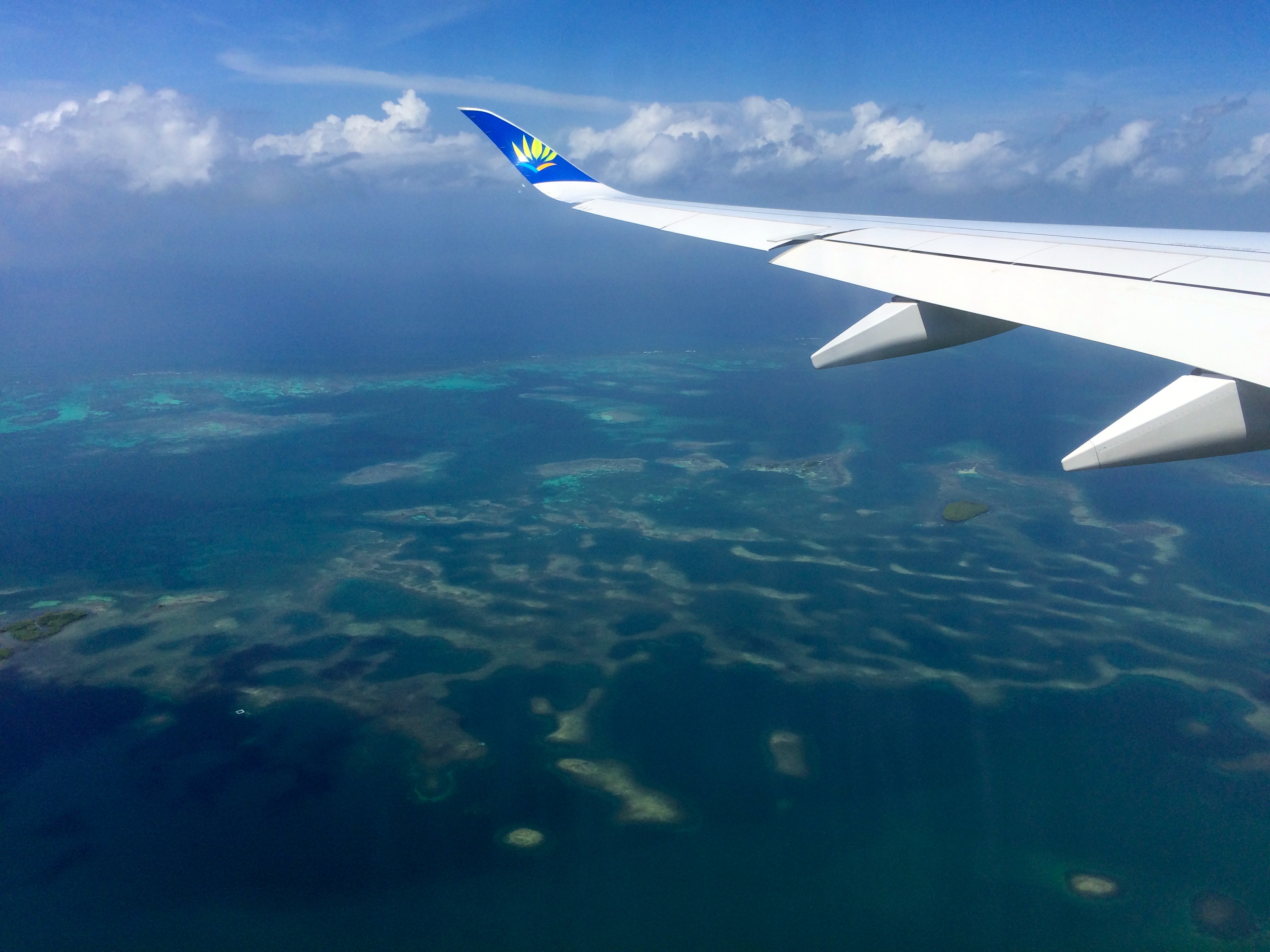 PS. Have you donated money to the Hurricane Irma relief efforts yet? GlobalGiving is still short from their goal by almost a million dollars. Of course there are lots of other great organizations to support as well, as you can see listed here. If helping on a smaller scale appeals to you, here’s a Dutch-language fundraising page put together by women living in Holland who are all expats from St. Martin, Saba and Sint Eustatius. Every little donation helps! Thanks a bunch!